A little bit of the whole world thrown into this melting pot called Mauritius. We are this rare and authentic cosmopolitan society and wear our multicultural colours proudly.

12th March 1968, the first wave of pride and sense of belonging sent tremors in the hearts of Mauritians as the Union Jack was being lowered to hoist the 4 coloured Mauritian flag. Freedom was breathed into Mauritius as the father of the Nation, Sir Seewoosagur Ramgoolam signed the Mauritius Independence Act 1968 and became the first prime Minister of the country on the 12th March 1968, a date picked out for its remembrance of Mahatma Gandhi’s Salt March. March is the month to celebrate Mauritius, its independence, its history and its multicultural society.

Taking a stroll down history lane

For a total area of 2040㎢, the island holds quite some history. The Country owes its multiculturalism and cosmopolitan lifestyle to its historical origins. Mauritius is believed to have been discovered in the sixteenth century evidenced by Italian cartographer Alberto Cantino’s map from the year 1502.

The Dodo, The Sugarcane Rum and the Dutch

Although it was claimed to have been visited by the Portuguese in 1510, the first settlement of the island was by the Dutch in 1598 and gave it its name, Mauritius, after the Prince, Maurits Van Nassau. Many more regions of the country were named by the Dutch like the “Pieter Both” mountain, the “Vandermeersh” region near Rose-Hill. Less commendable however was the obliteration by the Dutch of the dodo bird and giant tortoise population to feed on. Ebony trees grew profusely on the island and massive deforestation happened when the Dutch started Ebony bark trading. Our Dutch friends needed their rum to liven their stay and hence brought in Sugarcane to the island to make Arrack, as well as Deer from Java. Can’t we all picture a deer roasting and drunk happy people dancing around a campfire? 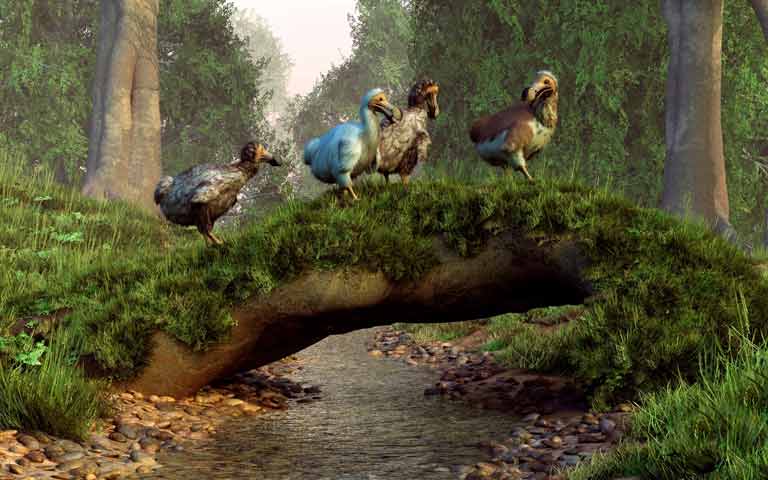 In 1710, the Dutch left the country in pursuit of other lands and left the island with Dodo carcasses and empty giant tortoises shells but with a well spread-out sugarcane plantation which later would become the main cash crop of the country.

The French impression on the island and the great British raids

Historians believe the French colonised the country and brought about its first developments as from 1715. During the French settlement, under the governorship of Mahé de La Bourdonnais, Mauritius, then renamed Isle de France, experienced effective agricultural and infrastructural developments. Along with new crops being brought and cultivated on the island, the French also brought slaves from their expeditions in Africa. Now picture this, French raiding the Brits as they sailed along the Mauritian coasts and the epic naval battle of Grand-Port where French Navy and British Royal Navy battled over possession of this strategic piece of heaven which is Mauritius. A great win for the French during the Napoleonic wars only to be captured on 3 December 1810. The French have been plaguing and raiding commercial ships from the British since their settlement in Mauritius. In the 1870s, thousands of Chinese migrants sailed to Mauritius to work in the country. Even after the British took over, the migration continued. 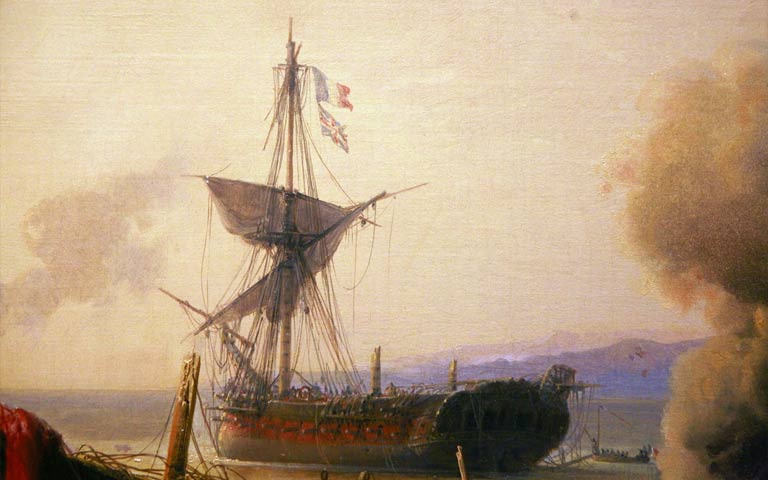 A foiled British expedition at Grand-Port in August 1810 caused the Brits to retrieve and reinforce their troops. Later that year they launched an attack on Rodrigues and proceeded to sneakily attack the French by entering from Cap Malheureux and overthrew them. They took possession of the island fully in 1810 but allowed the French to remain and kept at their customs, religions and laws. 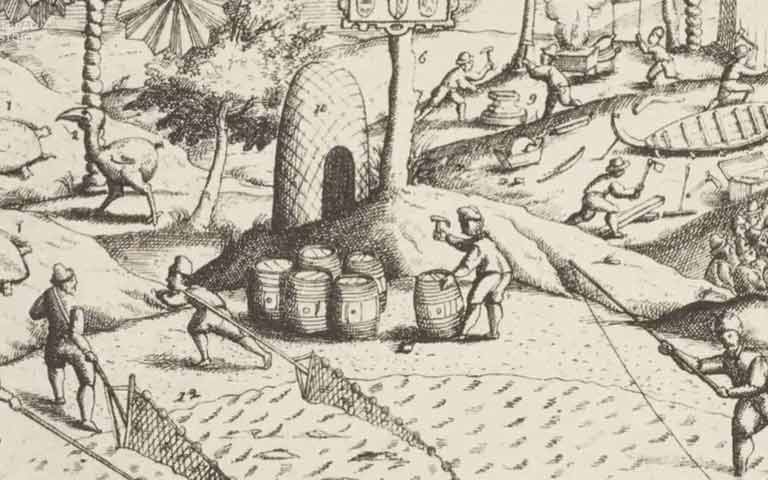 The Abolition of Slavery and economic boom under the British regimen

The British conquered the island and occupied it since 1810 but was only formally ceded to them after the signing of the Treaty of Paris in 1814. Under this administration, Mauritius experienced rapid economic and social growth. Of the events to remember under the British rule is the abolition of slavery on the 1st February 1835. Slaves which were imported at that time from Madagascar, Senegal and Mozambique were freed and it resulted in the importation of indentured labourers from India. From there we can clearly see how mixed the Mauritian origins are. Education was given to the public for free to provide the country with civil servants to run the country’s affairs. 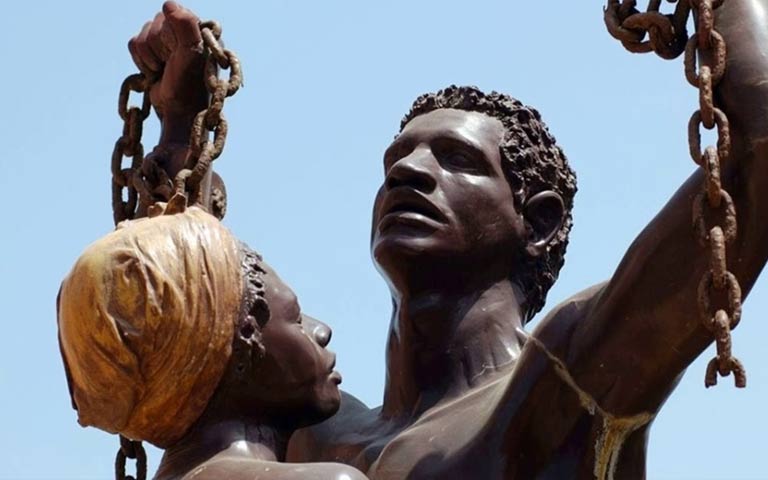 Then happened the infamous story of Sir Seewosagur Ramgoolam and how he took the reins of the country from Her Majesty the Queen. Mauritius was proclaimed a republic on 12 March 1992 following the abolition of the Monarchy and Sir Veerasamy Ringadoo who was the last Governor General of Mauritius became the president.

The Multicultural Magic of Mauritius

History did not remain a timeline or a chapter in a book here in Mauritius. It became our rooted identity. The numerous legacies from the Dutch, the French, the British rules formed a lifestyle.

We have monuments raised in honour of the several Governors which served the country, the infrastructure arose by the French stood the test of time, the educational system of the country mapped by that of England, our creole-a franca lingua, our mixed cuisines with distinctive flavours. We are the epitome of multiculturalism. Mauritians are descendants of African slaves, Indian indentured labourers, Chinese workers, French and British settlers and today we stand together with an intertwined culture which gave birth to our uniqueness. This 12th of March we celebrate Mauritius Independence day but along with it we are celebrating its history and our culture. 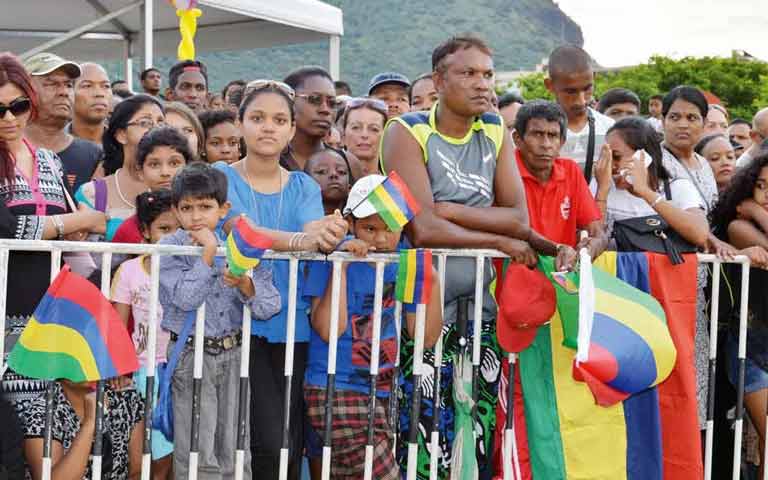