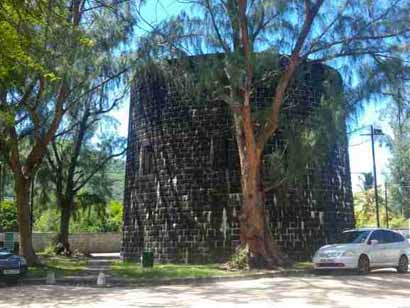 One would not expect to see a Martello Tower on the beaches of Mauritius. Yet, we do have one still standing at La Preneuse Beach on the south-west coast. The well- preserved Martello Tower is a mighty fortress along with her cannon overlooking the lagoon – definitely some history to be learned there. 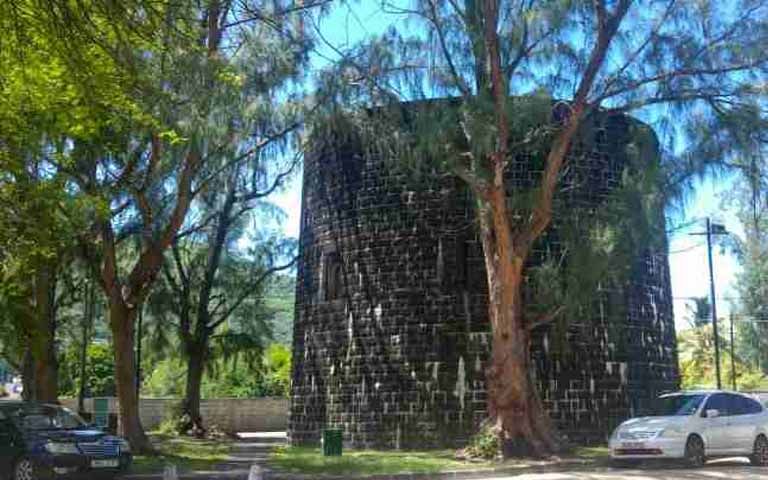 The Origin of Martello Towers

Martello Towers were defensive forts built during the Napoleonic war. They were all over the British Empire, covering 5 different continents. Martello Towers were inspired by the round fortress at Mortella Point in Corsica, a mountainous French-Mediterranean island. The British warships unsuccessfully attacked the Mortella Point Tower in 1794 which inspired them to copy the tower structure.

Remnants of these powerful towers can still be seen in some ex-colonies and along the British shores. They are all similar in their conical shape with thick walls though a few variations were added to some.

The local Martello Tower was restored and now serves as a Heritage Museum. She stands among casuarina trees. 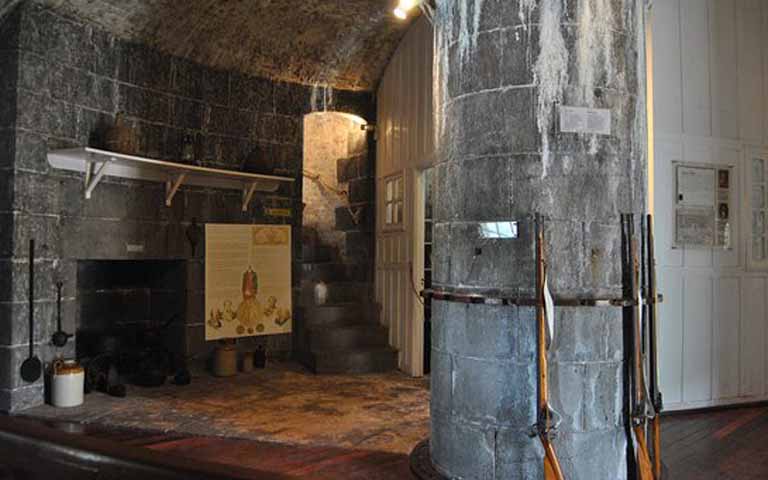 Why Are There Martello Towers in Mauritius?

These towers are part of the history and culture of the island. Mauritius was under the British empire during the 19th century. During the British rule, slavery was abolished and free labour was coming to an end. The British were worried the French would take over the island.

Five of these towers were built alongside the west coast to protect the island. All the fortresses were built in strategic locations near river mouths. The structure of the tower is made of basalt rock. Skilled stone cutters from India came to the island to erect the towers. Slaves were also used for the heavy labour and to construct sand dunes called batteries in front of the towers. Two cannons that rotated 360 degrees were installed as well.

The construction of the Martello towers took 3 years but were never used for defense. They were abandoned and with time some of the stone walls have crumbled. The teak beams and lead piping are gone forever. The cannons along with cannon parts have been recovered and are now on display near the tower. 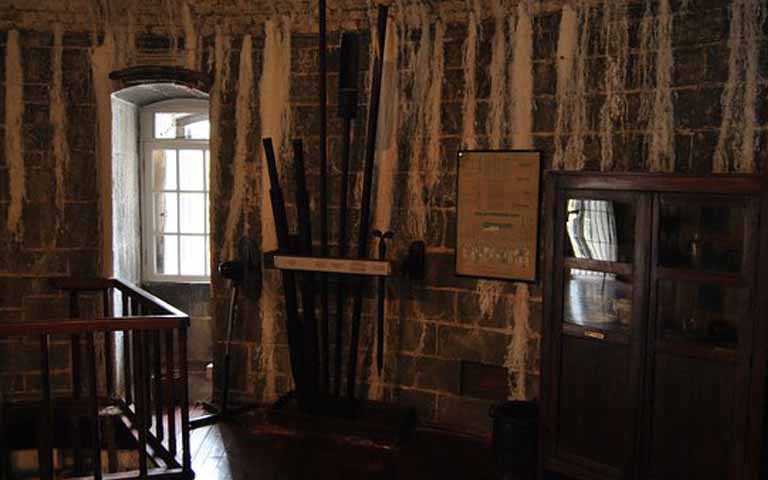 In 1992, the tower was restored into a museum. It opened in 2000 and is an important part of Mauritius as a National Heritage Site. The fortress doesnï¿½t have any opening on the ground floor. To get in, you have to climb a ladder and get in through the opening on the first floor.

Good news for us though- thereï¿½s no need to climb a ladder to visit the monument. A door and staircase were constructed on the ground floor for easy access. The thickness of the walls explains why these towers were ï¿½unbeatableï¿½ back in the days.

The tower has different levels and compartments. Water and food were stored in the basement, water was collected from the roof via pipes. The ground floor served as a storeroom with an armory for gunpowder. The first floor has the room for the Chief Officer and the other rooms for soldiers. Cannons were installed on the roof with one facing the sea and the other facing inland. Cannon balls weighed approximately 11 kilograms. 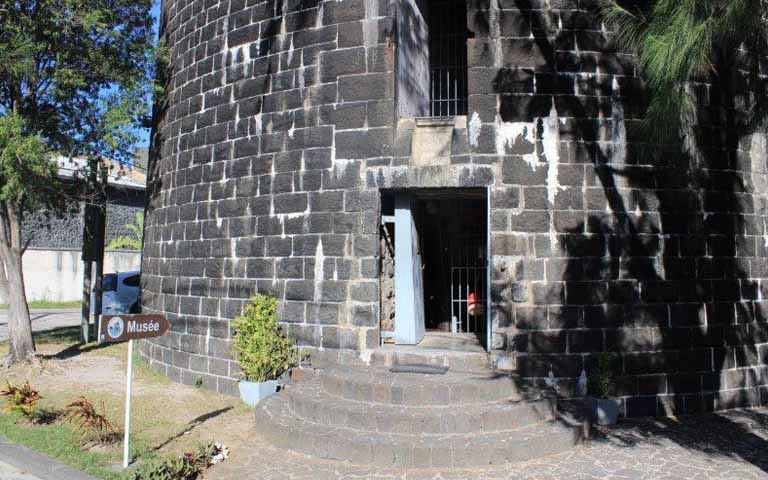